This post is for the mullet police (aka my sister-in-law Sarah). I was asked early on, by said police-woman, if I was going to get too attached to the baby hair and allow our little man to have a mullet. I quickly said “no way… not me.. I won’t be one of those moms.” But alas, the little man not only has a mullet in the making, but is also sporting an awesome comb-over.  I must admit that the baby hair does curl up into a cute curly-cue, but a promise is a promise.

So, the other morning, we got out the scissors and electric razor and set up barber-shop in our kitchen. The barber (me) probably should have thought through her morning outfit (and morning hair) before getting caught on film, but I thought you’d appreciate the reality of this shot. 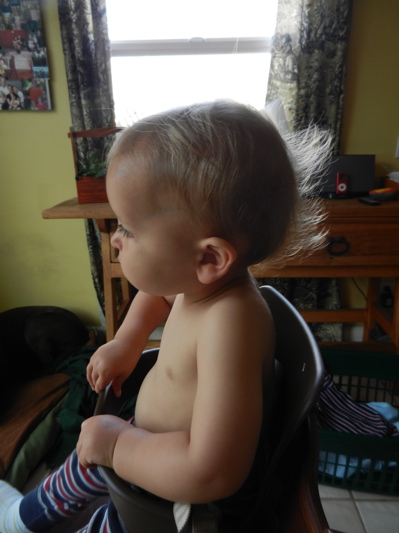 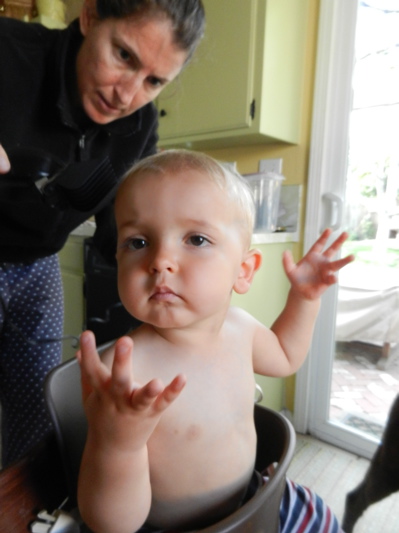 Sorry buddy… we’re not quite all done. 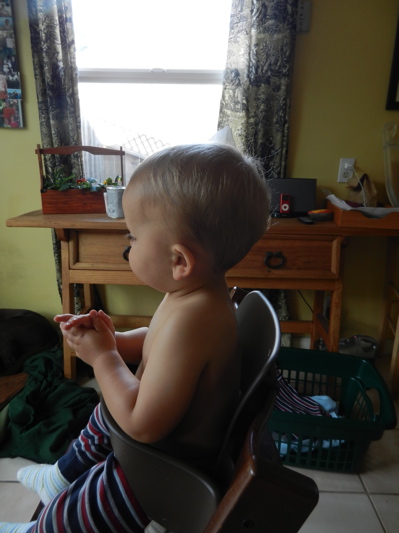