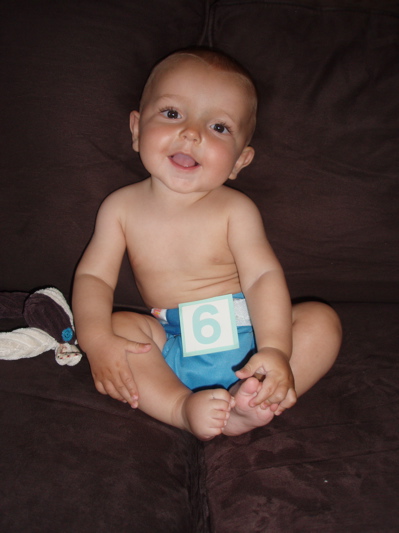 So, he’s a half now. When people ask me how old he is, I like to say, “Oh, he’s half.” It’s much more entertaining (for me) than saying that he’s 6-months old. The biggest milestone at this half-stage is that he’s discovered his hands. Well sometimes he doesn’t quite know that he has hands as he hits himself on the head and looks at me with a queried look, as if he’s thinking who is hitting me, and when are they going to stop? But most of the time he is grabbing at anything, my hair (which I might just shave off), my earrings (goodbye dangles), my nose (I’ll keep that, thank-you), Sutter’s ears, my glass, my book…

It seems like his hands are constantly in motion. At times he’ll have both hands thrusted straight out in front of him, rotating them in graceful circles as if he’s conducting an orchestra. But what hits my heart is when he reaches up to me from his crib and hugs my arm close to his cheek. 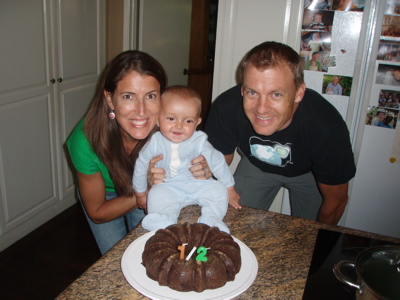